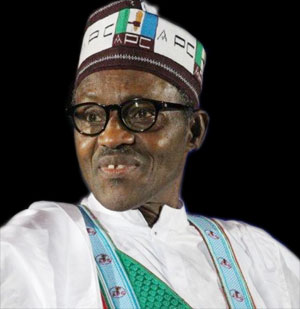 Mr President is not Goodluck, he is Change and his change is the hope. Am now convinced that he was specially picked by God to fulfill a divine mission and as long as he keeps doing what he is doing, the way he is doing it, saying what he is saying the way he is saying it, acting what he is acting the way he is acting it, he will surely fulfill his divine mandate. Ride on Mr President, Ride on.  In the end umuafrica will dance on the streets and thank God for bringing a man like you to Aso Rock to bring a change that will not only give hope to the hopeless but will cap their dreams.   Don't rest on your oars, keep doing more.   Sai Baba! Sai Buhari!!    +Nigeria We Serve    +BBC News   +BBC Africa   +VOA News   +CCTV Africa   +CNN International   +ABC News   +AFP news agency   +Reporters sans frontières   +United Nations   +United Nations Human Rights   +Channels Television    +Sun News Report   +Daily Mail   +Fox News   +The Voice of Germany - Offiziell   +News18   +OBSER
Post a Comment
Read more 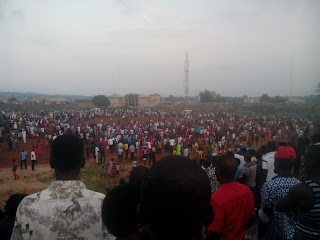 It was a dramatic end today at the Okigwe township stadium as Warriors FC lifts trophy beating the Tipper FC 5:3 on penalties after regulation time ended 1;1 The Warriors had taken the lead before Tipper FC quickly drew level in the first half. The second half produced no goals, pushing the match into penalties. The goal keeper of the Warriors was able to stop one of the penalties helping his side to win the competition. The trophy was donated by Hon. Santos Onwukaike(Ikenga Okigwe) who was there life to present the trophy. Other dignitaries included the PDP State Secretary, Hon. Barr. Chalse Ezekwem (Ikemba Okigwe), The TC Chairman of Okigwe Local Government Area, Hon. Sunny Chiadi among others.
Post a Comment
Read more 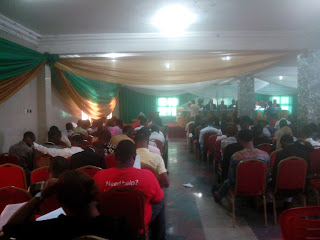 The event took place at City Global Hotel, Port-Harcourt Road Owerri, Imo State. In attendance was the Chif Judge of Imo State, Hon. Justice Paschal Nnadi, who delivered a lecture on the occasion.  The Chairman of the occassion was Dr. Okay Aguwa.
Post a Comment
Read more
More posts