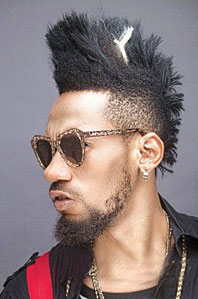 #Nigeria #Rap #Artist, Phyno Fino is fast becoming the king of the streets, setting everywhere ablaze with his hyper hot and fast lyrics which is a fusion of his native Igbo language and English. Phyno is taking over, revolutionizing #Igbo Rap most importantly. He has a way of carrying the street along in his lyrics, using the everyday language of the streets, which has seen him putting Enugu on the map of raps. Enugu the capital of Enugu State was popular known outside the state as the Coal City but Phyno evolution has ensured the replacement of the name with the code ''042''. No one knew that Igbo rap will have this level of acceptability across the music industry in Nigeria although others before him also did great, musicians like #Illbliss, #Mr Raw, #SlowDog and a host of others but Phyno has really surged past them already and is still moving on from one hot rap to the other and when I had this track "Abulo" on the Radio, Nwanne kupu, this guy called
1 comment
Read more 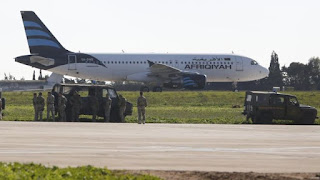 A Libyan Airline with more than one hundred passengers has been reportedly hijacked and forced to land at an airport in Malta. As at press time information filtering through is still sketchy but the hijackers appear to be demanding for refueling to enable them take off to an unknown. BBC in their online page reported : http://www.bbc.com/news/world-europe-38416112 reported further that, "The Airbus A320 was flying inside Libya for Afriqiyah Airways when it was diverted, local media report. There were two hijackers involved, who threatened to bomb the plane, according to initial reports. Maltese PM Joseph Muscat said security forces were standing by. Malta International Airport confirmed on   Twitter   that there had been an "unlawful interference" at the airport. n destination..." read more on http://www.bbc.com/news/world-europe-38416112
Post a Comment
Read more
More posts