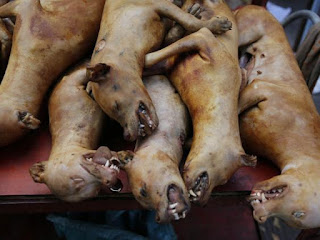 Taiwan has banned the eating of dogs and cats, lawmakers said Wednesday, as pressure grows to improve animal welfare after a spate of cruelty cases that stirred public outrage. Parliament passed legislation to outlaw the consumption, purchase or possession of dog and cat meat, with offenders facing a fine of up to Tw$250,000 ($8,170). Authorities can also name and shame those who break the law. “This shows that Taiwan is a society with advanced animal welfare,” said lawmaker Wang Yu-min who proposed the new rules. The bill also hiked the penalty for killing or abusing animals to a maximum two-year jail term and a stiff fine of Tw$2 million. Dog consumption — believed by some in Taiwan to help boost male potency — was common on the island decades ago but has become less popular amid growing calls to protect animal rights. In 2001, Taiwan amended its animal protection law to ban the slaughter of pets — which included dogs and cats — for food, although there was no penalty
Post a Comment
Read more 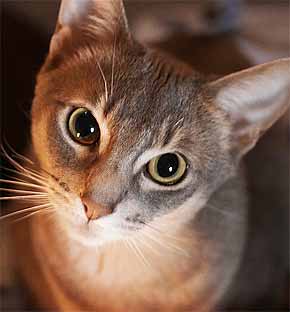 No matter how quiet and peaceful a Rat is, as long as it shares a room with a Cat, it would someday be eaten.
1 comment
Read more

The House of Representatives Ad hoc Committee investigating alleged 17 billion dollars undeclared oil proceed has summoned Ibrahim Magu, the acting Chairman of the Economic and Financial Crimes Commission (EFCC), to appear before it on Tuesday. Chairman of the committee, Rep. Abdulrazak Namdas, summoned Magu on Monday in Abuja at the opening of the investigation where all the invited stakeholders sent their subordinates to represent the committee. Also summoned by the ad hoc committee to appear before it were the Group Managing Director of the Nigerian National Petroleum Corporation (NNPC), Dr Maikanti Baru; and Central Bank of Nigeria (CBN) governor, Godwin Emefiele. Others were Director-General of Nigerian Maritime Administration and Safety Agency (NIMASA), Dakuku Peterside; and Accountant General of the Federation, Ahmed Idris. The committee also summoned the Group General Manager, National Petroleum Investment Management Services (NAPIMS), Stephen Sejebor; and Director
Post a Comment
Read more 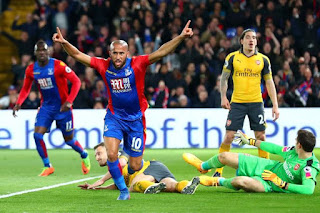 ... they just lost to Crystal Palace 3-0, am wondering if they will be able to maintain their usual 4th place finish this season. You know that any time they end up 4th, their fans do celebrate more than those that won the Trophy.  Should they lose their 4th place, what do you think will happen?
Post a Comment
Read more
More posts