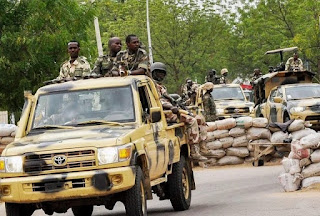 The most noticeable federal presence in South East Nigeria is Army Check Points and Police Road blocks on federal roads that looks like high way to the grave. The Nigerian government needs to take practical actions to reassure the people of the zone that they are not being treated as second class citizens because of the #Biafra secessionist war that ended in 1970. The root causes of the present day agitation for Biafra is anchored on the lack of infrastructural developments across the East and the complete marginalization of people from the zone in federal appointments by the APC led federal government,  good example is the recent composition of the board of the Nigerian National Petroleum Corporation NNPC, that saw the appointment of 10 directors from President Buhari's Northern Region and non from the South East Region, other examples abound. #Nigeria  +Nigeria We Serve    +BBC News   +BBC Africa   +VOA News   +CCTV Africa   +CNN International   +ABC News   +AFP news
1 comment
Read more

The problem with Nigeria... 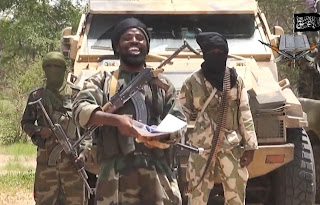 Boko Haram was killing and bombing to pieces every thing that comes its in Northern Nigeria and now mostly the North East, the Nigerian Army launched an operation there code named "Operation Lafia Doole" which means operation their must be peace. Across the Middle Belt of Nigeria and Northern Borders of South East Nigeria, the world's forth deadliest terror group, the Fulani-Herdsmen where slaughtering rural Christian farmers in the interior villages. No operation whatsoever was launched by the Army. The Police said those involved were foreigners and that is that till today. Niger Delta Militants felt marginalized irrespective of the money that Nigeria was making from the huge oil wells in their area so they launched Operation Red Economy against Nigeria, destroying oil and gas infrastructures across their region. The Nigerian Army in their response launched "Operation Crocodile Smile" what ever that means.  Now when Biafrans mostly in the
1 comment
Read more
More posts