for Comments, Editorials,
Inquiries, Articles, Information,
Adverts and others, contact us at:
rawafricannews@gmail.com
rawafricatv@yahoo.com
or call +234 818 603 3464
weekdays : 5pm to 8pm
weekends : 12noon to 4pm
Nigerian time
- July 20, 2015
Will they get to the north? I don't think so and even if they eventually make it, that would be after spending days here, on this spot along the Port-Harcourt/ Enugu express road, precisely at the Okigwe axis opposite Gariki.
This point is a vehicle killer on a federal high way going north, a popular scene in the east of Nigeria, I wonder why everything east must have to always be this way. 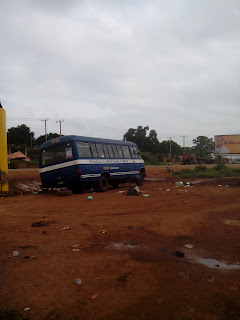 A complete lack of infrastructural development and federal presence what else would you expect?
where in Nigeria is Bokoharam operating from? the east of the north of Nigeria. where is Radio Biafra broadcasting in Nigeria? the east of the south of Nigeria.
So you see, the East is where the problem is and who is going to solve it? the East to North express road running from Port-Harcourt to Borno is the most neglected, you can't compare it to that running from the west to the north. 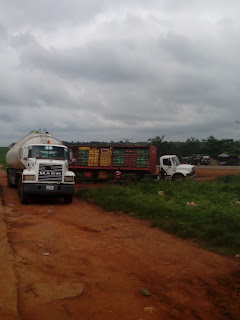 The rail line running from Port-Harcourt to Borno can not be compared with that running from Lagos to the North in terms of any thing. Port-Harcourt and Calabar sea ports in the east that was supposed to be serving the entire east (north east and south east) of the country can not be compared to the port in Lagos state alone, forcing the entire country to depend on one port when it can have many thereby developing only the west of the south and the west of the north corridors while abandoning the corridor that will develop places like Enugu, Markudi, Maidugiri and other states and towns along that corridor. 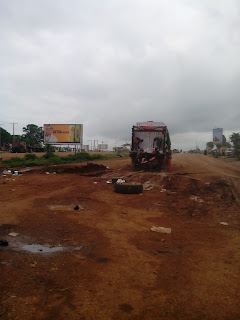 Well, we hope that the contractors currently doing work on the Enugu/Port-Harcourt lane of the Express way won't just stop there but will continue on the Port-Harcourt/Enugu lane soon to help ease the discomfort of truck drivers plying that route to convey things to and from Port-Harcourt to the north.