for Comments, Editorials,
Inquiries, Articles, Information,
Adverts and others, contact us at:
rawafricannews@gmail.com
rawafricatv@yahoo.com
or call +234 818 603 3464
weekdays : 5pm to 8pm
weekends : 12noon to 4pm
Nigerian time
- January 10, 2016
The first people to ever #secede from #Nigeria were the #Ijaw people led by #Isaac Adaka Boro who named his new country the #Niger-Delta Republic in a twelve days revolution. 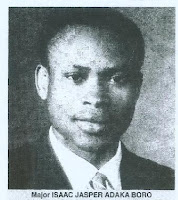 The first Nigerian leader to put down a secession was #General Aguiyi Ironsi an #Igbo man and not #General Gowon as people think and infact he imprisoned Isaac Boro after he was defeated only for Gowon to pardon him later.

So Nigeria has actually fought two civil wars to keep Nigeria one even though the first was low keyed because it involved only the Ijaws and lasted for only twelve days before Boro was captured.

Sentiments apart let us always keep the facts straight, you can also research more on these. 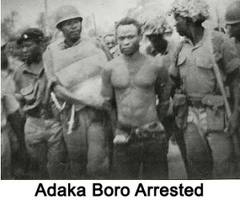 Boro later fought on the Nigerian side during the civil war to keep Nigeria one, if he was imprisoned by an Igbo man because he wanted a separate country from Nigeria, he was duty bound to ensure that Nigerian remained one and he died in the process the rest is history.