- July 28, 2015
Welcome to Obaaisms: D-Day @ NASS. : T oday is another battle royal or show of shame as the national assembly resumes, in case you have forgotten, don't forget that the PDP ...
Post a Comment
Read more 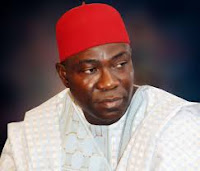 T oday is another battle royal or show of shame as the national assembly resumes, in case you have forgotten, don't forget that the PDP the last time around zoned the Speakership of the house of reps to the south west but they lost it to the north(Tambuwal). This time around APC again zoned the speakership to the south west and as usual, they lost it for a second time to the north(Dogara) but this time the losers want Mr President and their Party to help them out so that they will remain relevant in the house by occupying other leadership posts. In the senate, those who lost to superior politicking, just like drowning men will always catch at straw, they are looking for a scapegoat and who do they have in mind Senator Ekweremadu. His is PDP and he is Igbo, something they can't comprehend they need help from their party APC and Mr. President. They are used to being hand picked and then being imposed on the masses by their godfathers, habits die hard, now in the face of real
Post a Comment
Read more
More posts