Showing posts from December 4, 2016
Show All 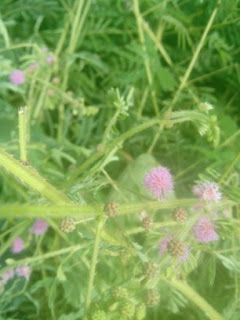 Facebook, Twitter and other social media must rise up above partisan politics and the #Establishments in various countries of the world to defend the right to #freespeech on their platforms.  They must not succumb to intimidation and harassment from governments of the world. They need to understand that they are the last hope for humanity, the home for the common man on the streets of the cities and remote villages of this world, the only place you can authoritatively feel the purse of the down trodden.  Where we gather to speak our minds and express our innermost desires, they may be making money but they render one of the biggest and most essential service to humanity. The project of social media is one that must not be allowed to die or to be influenced by governments of this world.  Owners of these plat forms should rather strive to encourage more uses, they should collaborate to cover more rural areas and if possible look into the issue of free wifi, network, data
Post a Comment
Read more

Prof. Wole #Soyinka and the #Millipedes of the internet. 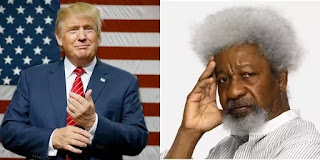 Did you watch that his press conference that was aired on #ChannelsTV ? I mean that of Prof. #WoleSoyinka , you can feel the anger oozing out, he was practically boiling inside. Everyone reacted differently to #DonaldTrump 's victory over Hillary Clinton, even the #Stockexchange reacted, it fail down, according to him, as long as the #economy and #money is concerned the only thing our Able Prof. knows about it is that it either goes up or falls down.  The Prof was saying that he has the right to react in his own way to the victory of #Trump and it shouldn't be the business of the #Millipedesoftheinternet.  The millipedes of the internet craws out only to leave slime. Someone need to remind our able Prof. with due respect that things are changing around here, that Nigeria has not even woken up, they are still trying to and things are going to get even tougher, as a professor, he can carryout a research on impact of social media on President-Elect Donald Trump's victor
Post a Comment
Read more
More posts