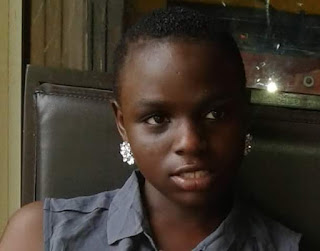 Is your girl child missing, go to Kano, she may be a wife to one Alhaji.
Ese Oruru, a 13 years old Christian girl from Bayelsa State of Nigeria was abducted by a Muslim man named Yunusa from Kano State. The man, converted the kid to Islam and married her according to Islamic Sharia Law in Kano. The parents of the said kid after spending 6months in search of their child went to Kano to get back their kid but the authorities in Kano denied them access to their kid siting religious reasons and the fact that the kid is now somebody's legal wife.
It took the intervention of the Emir of Kano after public outcry from Christians across the country for the said Yunusa and his child bride to be released to the police who has now flown the duo to Abuja the federal capital territory, for the Inspector General of Police to hand over the child to her parents. Child brides are rampant among men of the northern parts of Nigeria who are mostly Muslims and uses their belief to justify their actions.
This is even a common practice among politicians and prominent personalities in the north, who maintain various teenage wives as young as those between the age bracket of 12 and 17 years even though some of these men are as old as 55 to 75 years. The kids in questions end up being their 3rd, 4th or fifth wives.
The question now is what will happen to this man named Yunusa, who took a Christian child without the knowledge or permission of the Christian Parents(kidnapped) and took her all the way to Kano to radicalize her with his religion, convert her and then marry her without the consent of her parents, for 6months this child must have through a lot, physically, mentally, spiritually and otherwise, If this had happened in the #USA, #UK or other #European or civilized country, this man would have been sent to jail and the little girl would have gone to a rehabilitation center paid for by the government but #this-is-Nigeria...  if this girl was to have been a Muslim and the man a Christian,.... #Amnesty, #bbc, #voa, #afp, #civilliberties, #unitednations