They always make the same mistakes, their #ego, their greatest enemy, our indigenous #coaches find it difficult to rise above their #inferiority complex. As former footballers themselves, they all want to prove a point, to reduce their players to nothing, to say i was better than you during my days.
Some of them are simply envious of the achievements of those they are coaching, they may not say it but the feeling lurks some where in the bottom of their heart.

Honestly, they work better with the junior teams because they are young, very obedient, tolerant and eager to impress, not knowing what is obtainable however the bigger boys have seen it all, worked with better coaches and better teams and expects to be treated in certain ways as professionals. That explains why #Siasia was or is still good with the #Dream team and yet was having problems with #Mikel Obi and the likes. #Eguavon had they same problem with his big boys. 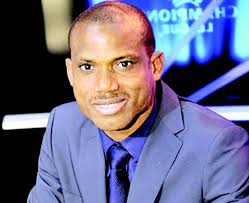 #Keshi, on his own part preferred to pitch his tent more with the yet to be discovered players, in other to extract loyalty at the expense of better players. They always come up with unjustifiable reasons why these players are left out of their squad. With some like #Oliseh who claims to be a certified coach in Europe and to be better than others, yet he is repeating the same mistake by attacking our #Captain, the current most capped #Nigerian player ever, a record Oliseh as a player couldn't achieve. All this for what? because he didn't turn up for the crucial qualifying match where #Ikeme proved himself and now again he #Vincent came late to the camp for a friendly but for goodness sake, this guy just lost his sweet mother and Olisey is behaving as if losing a mum is a piece of cake, as a matter of fact Enyeama should have been excused from the camp to fully recover from the shock of his mother death and the team should even have won a black hand band in solidarity with their well deserving Captain who lost his mum instead of the shabby treatment he got. Olise should understand that he will never achieve discipline in a team by treating his stars like trash, every team has their own stars and a good coach finds a way to work with them. Real Madrid has got Ronaldo, Barcelona has got Messi and a whole lot of others, Chelsea has Costa and Pedro, Man U has Roney, so does other clubs and national teams and achieving success means devising a way to bring out the best in them. Olisey shouldn't forget that we no him and his records as a player in the #Supper Eagles, he need not be reminded the circumstances that ousted his predecessors, those who do not learn from history risks repeating the same mistakes.