Police and the Mob struggling to do justice to robbers... 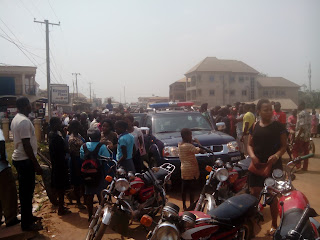 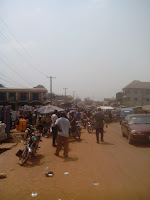 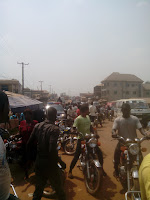 Okigwe Police struggled to rescue two criminals from the clutches of an angry mob. The robbers were apprehended by gallant civilians, they were beaten blue and black and while the mob were searching for used tires to set them ablaze, the Police jumped in and practically struggled to rescue them and had them taken to the their station. People are losing fate in the idea of taken criminals caught in the act to the police station over here, because they will be freed eventually


and they don't see that as true justice.  These guys are very lucky today that the Police came to their rescue, they have their stars to thank, at least, instead of being bunt alive, they will be cooling off in the Police Cell. 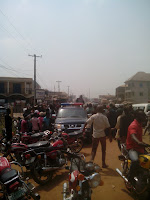 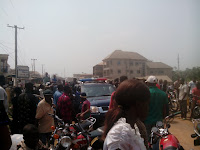