- January 08, 2016
I assumed that an investigative agency charged with the responsibility of investigating financial crimes, simply needs to diligently carry out the investigation of an alleged fraud secretly, conclude the investigation even if it takes three or more years and then sue those concerned in a competent court of law.
Do they really need to detain and interrogate suspects even when their investigations had not been concluded, is it that they want their suspects to plead guilty in their office before they are charged to court to ensure that they will win the case?
So if people don't confess to them in their office, they lack the capacity to source enough facts to have them convicted of looting or what ever, hmm! pity! I may not know but i just wonder if that is the norm in other climes. 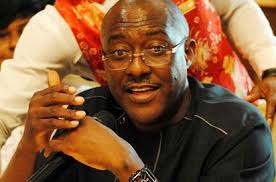