- February 12, 2016
#Nigerian National #Budget of Errors and Embarrassment, prepared by President #Buhari's Budget Office of excellence, under the watchful eyes of all progressives congress APC's saintly and incorruptible National Ministers. 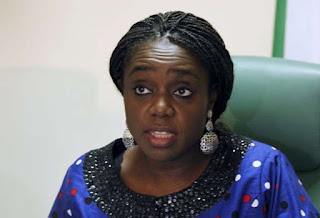 Where these erroneous figures a mere mistake or a well calculated act with the intention to loot public treasury as soon as the budget was approved.
The National Assembly even found out that the Budget for some government agencies where either padded with higher figures or was a direct duplication of former President #Jonathan Budget of 2015, hmm! pity!!
#isthisnottheheightofgrossimcompetency by public Officials? If it where in civilized Countries, some persons would have tendered their resignation for negligence of duty but try it in Nigeria and #APC will tell you that PDP did worst mistakes as if #PDP was pushed out for APC to come and repeat same or worst mistakes.