#zee world: the best #entertainment #tv in the world 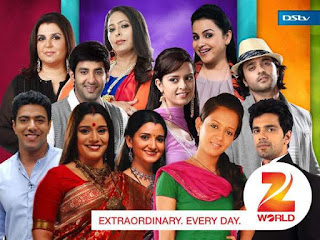 Zee world Tv is the best entertainment Television on planet earth, at no point of their program would you want your kids or the under aged to leave the room, it is a TV for everyone, anytime.
Minimal violent scenes, minimal on air romance scene, total lack of abnormal, un-natural and abhored sexual orientations, absence of nudity or semi-nude scenes/compromising positions, minimal kissing scenes, you rarely find scenes on witches and wizards.
Zee is the cleanest television in the world with wonderful and intriguing story lines even though they tend to worship deities more than #Africa. Ever since i discovered Zee, i had always struggled to watch Telemundo.
Keep it up Zee, don't let them corrupt you with their satanic sex orientations-my most hated scenes.