- April 15, 2016
corruption also means quota system in education, with 39marks, you are denied admission, yet your schoolmate who got 20marks, 10 below yours gets admission on merits, that is institutionalized corruption. My little sister once scored above the cutoff mark for entrance into the federal unity colleges, and it was followed with jubilation and congratulations for her but when the time came for admission, her name could not be traced even though she scored above the minimum entry score.
On inquiry, we were officially informed that the quota reserved for Imo State has already been filled and so she can't be admitted but though she had a good score. The most painful thing was that some of those who scored far below her but came from some other States in Nigeria were admitted while she was asked to go home.
The Nigerian quota system in education is anti-merit, it is discriminatory, it encourages laziness and should be scraped. Half baked graduates is the direct result of quota system in education, that is why education standard in Nigeria has collapsed, a situation where pupils/students are promoted to new classes in primary and secondary schools, whether or not they pass their exams in other to encourage education in certain parts of the country is killing the system, as a matter of fact the system is only producing lots of semi-illiterates in the name of graduates.
When it comes to education, quota system is applied and made public but when it comes to federal jobs, quota system is scrapped and the number allocated to each state is hidden, when it comes to allocation of #OILBLOCKS quota system is scrapped and the number allocated to states is hidden, this is what is killing Nigerian education and Nigeria in general and that is the root of corruption in Nigeria. #meritnotquota is the only way to move forward. #UN_Spokesperson #VOA #AFP #BBC #CNN 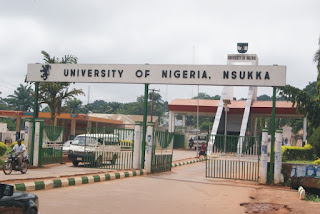