- May 18, 2016
“For record purposes, however, let me state fearlessly that I saw hundreds of unarmed civilians being shot at sight in Benin City when Federal troops arrived to liberate the city from rebel [Biafran]soldiers.... There appeared to be a fleeting period of lunacy in which Midwesterners gladly identified their Igbo compatriots to be shot down by Federal [Nigerian] troops." Memories of the War in Nigeria © e m e a g w a l i . c o m http://emeagwali.com ® Page: 6 (6) philip@emeagwali.com [Giwa Amu, the former Solicitor-General of Midwestern Nigeria, Sunday Observer, March 16, 1983

The truth may burn but it cleanses, to build a healthy nation is to say the truth as it is, to shame even the devil among the saints and to praise the saint among the devils. This is how to build trust and mutual respect which forms the basis for the progress of any society. A negotiated union where everyone is made to feel happy, respected and appreciated is always better, stronger, more united, indivisible and progressive. +Nigeria We Serve  +BBC News +BBC Africa +VOA News +CCTV Africa +CNN International +ABC News +AFP news agency +Reporters sans frontières +United Nations +United Nations Human Rights #IGBO +Channels Television #Let'shealthenation #thetruthhealsbetter +Sun News Report +Daily Mail +Fox News +The Voice of Germany - Offiziell +News18 +OBSERVER #Philipemeagwali +Amnesty International +Congressman Xavier Becerra +USA.gov +euronews (in English) +European Commission +Al Jazeera English +The White House 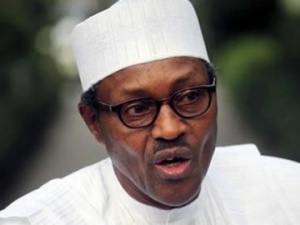