From being Single to being Engaged... protecting your heart.

- October 23, 2016
When it comes to marriage, receiving an engagement ring, does not imply that one has been engaged, especially if the Lady is Igbo. Accepting a ring only means that the Lady has accepted the marriage proposal and nothing more. These days you see ladies rushing to their Facebook profile to change their status from single to engaged, does that make any sense?

In Igboland, a woman is said to be engaged to a man for the purpose of marriage only when the prospective husband and his relatives has taken a gallon of palm wine to the prospective Bride's family for the second time and the wine accepted and drank by the Bride's Family.
On their first visit, which usually takes place in the village, the parents of the would be Groom presents their palm wine after introductions and then states their reason for being there.

The Bride's family accepts the palm wine on the basis that it is meant for fact finding. 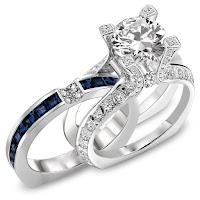 As a rule, the palm wine must be finished that day or the remainder shall be poured on the floor and the gallon handed back to the prospective Groom's family, during that process they would be entertained with food and drinks before they leave. Accepting the first drink, doesn't really mean anything, it is seen as an introductory wine and a free gift. After that day, the both families will now engage in fact finding missions, each family tries to discover the history and every other thing about the other family. Any of the families may decide to discontinue the process if their findings is not satisfactory but most importantly, the Groom's family will only be allowed to pay a second visit if the Bride's family gives consent based on their own findings.

The second visit is the day for the engagement proper, on that day, the prospective Grooms family as usual presents their palm wine to the other family and explain their mission in details. At this point, the prospective Bride's family sends for her, on arrival, she would be asked by her people if she knew the prospective Groom, of course her answer would be yes. Her people would demand to know if she had accepted the man's proposal, again if her answer is yes, they would then seek for her permission to drink the palm wine brought by her would be Husband and In-laws, if she gives them the permission, then she would be excused, allowing the men to share the wine and conclude the business for the day with food and drink.
From that day henceforth, the Lady officially becomes engaged to the man and the two families begin to see themselves as in-laws pending the conclusion of the marriage process. It is at this point that an Igbo woman can say authoritatively that she is engaged to a man or that a particular man belongs to her.
She can now warn other men to keep off by changing her status from single to engaged. Every body now begins to wait for the day the man would come to demand for her marriage list and to pay her bride price.