- December 28, 2016
There is a sustained, well coordinated, gradual and systemic massacre of the #Indigenous Christian Communities of Northern Nigeria #ICCNN more especially in Kaduna, Plateau and recently Benue States. The social media is awash with gory pictures of these atrocities from time to time.
This is a well orchestrated gradual decimation of Indigenous Christian Populations in Northern Nigeria, the details are every where on Facebook and Twitter from eye witnesses on ground but who is investigating these killings?


On the 24th of December 2016 as usual, ''Unknown to them some Fulani men dressed in Military Uniforms disquise as soldiers have entered Goska their village that nite despite the curfew imposed by ELRUFAI. That was the Christmas they never saw.
They were both sent to the great beyond prematurity by fellow human beings like them, who vowed they must take over their land, because of the fertile soil and the recent discovery of NICKEL'' -as posted on the Facebook profile of Ayuba Azzaman David


who really cares about these people, have the #BBC reported it yet? did #CNN carry it on their #breakingnews, did the #VOA Africa news reporters investigate it, what of the BBC Hausa service, well am just asking because i may not know, probably they may have done so.

When will these killings ever stop, how could these men move around to kill even when that part of the state is supposedly under curfew? was the curfew a mere pronouncement, these questions are  what those who call themselves professional journalists should be investigating and report but know they all carry the same headlines these days with primary school edited variations.

The best of #amnestyinternational is a report period but who is going to act on the report once released, that is if they muster enough courage to release one once in a blue moon.

who would be held accountable for these unending wave of killings of innocent citizens whose right to life are supposed to be guaranteed by the constitution of the Federal Republic of #Nigeria.


After the killings, everyone will blame someone but the dead is dead and forgotten and the bereaved is left to grief for life and there is no guarantee that what happened won't happen again. 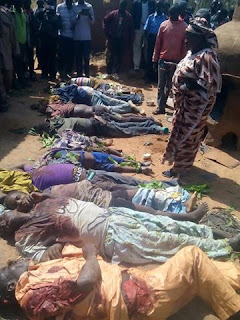 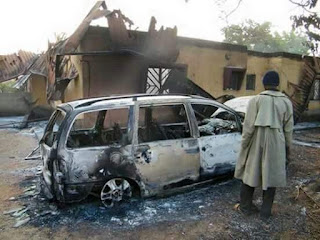 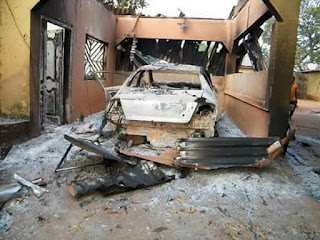 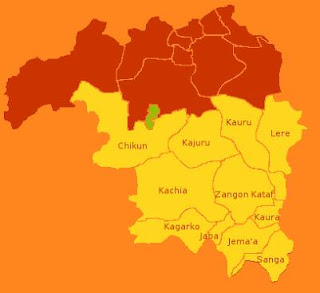 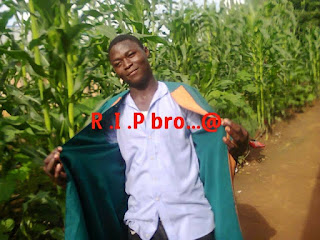 My appeal is that someone somewhere should be pressured to look into these disturbing reports, not for the sake of reporting but for the sake of really arresting those doing these, finding out their real sponsors and collaborators and deal with them as provided by law.

These people are not ghosts, they don't attack from the skies, they are people living within the boundaries of Nigeria, whether they are Nigerians or not is immaterial. Let's help stop the killing of Indigenous Northern Christians in Nigeria.