- December 01, 2016
If as a woman, you are praying for the death of your future mother In-law, hoping to marry a man whose mother is dead because you are scared, you are simply asking God to kill you before your son's wedding. Those who want their mother in-law dead will never become a mother in-law, it is as simple as that so be careful about what you pray for.
You should rather pray to marry into a family that will love and appreciate you, to marry a man whose mother will see you as her daughter, a mother in-law who will be accommodating and very understanding.
When you marry a man, remember he has a mother, the chances that he adores his mother is very high, do not try to kidnap him from his mother, do not try to compete with his mother, do not try to come in between them, you are his wife not his mother, he will love you as his wife not his mother. Some mothers may become jealous, especially those who are very close to their son and those who are becoming mother in-law for the first time.
To help yourself when you find yourself in such a situation, restrict some discussions with your husband to the bedroom, don't openly show love to him in the presence of his jealous, buy gifts to her to the best of your ability, allow her to cook for your husband sometimes if she wishes.
Compliment her efforts to prove to her son that she loves him better, of-course you know that what is yours is yours and she won't stay with you for ever. 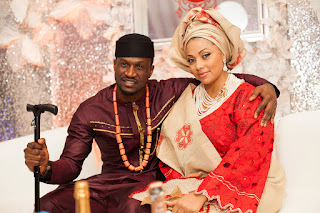 PICTURE COPIED FROM https://www.google.com/search?q=head+tie+in+nigeria&biw=1358&bih=618&source=lnms&tbm=isch&sa=X&ved=0ahUKEwjrq7-xhNTQAhXrKMAKHTlKB4wQ_AUIBigB#tbm=isch&q=nigerian+traditional+marriages&imgrc=3IVG1SY2vYkA7M%3A
At a point even her son will start noticing your efforts to tolerate, some may not say it but they know and in their heart they keep loving you more. Even when the mother is at fault, many may prefer to scold her privately and if you are the one at fault, many husbands may still prefer to scold their wife privately. Remember, a mother will never love like a wife and a wife will never love like a mother, also there are bad wives and bad mothers, in all, be the good wife and pray for a good mother in-law and if you get a bad one, just know that even your husband knows that his mother is bad, don't make it obvious to him, he already knows and when the time comes he will eventually come to your defense. She may have starved all her life to raise your husband, she may have taken lots of risk to keep him alive, your husband may even be tolerating her actions because of those reasons, at a point he will get fed up and would react. Don't try to make him chose between you and his mother, because no matter who he chooses eventually, he would always feel heart broken, hurt and incomplete.
Just help him, don't destroy him psychologically, eventually he will take the required action, trying to make him do it may back fire against you.
In all situations, prayer is the key, if you are already in that situation, pray fore God to transform her and He will surely bring it to pass.