- February 08, 2017
President Donald Trump of the United States of America is the man who has the antidote for Nigeria. He may be facing some oppositions in his country but every country like Nigeria which has refused to develop it's self must have to be properly schooled in #Trumpism and #Trumpiology.

Imagine if we have a Donald Trump that put us the ordinary citizens first in every thing. A man who thinks of how to create jobs for his people and how to protect the jobs created, how to to ensure that the big companies remain within the borders of his country.
A man whose biggest problem is how to protect the life of her citizens and ensure that anyone dreaming of coming to his country is thoroughly screened at the point of entry, no matter what they say about this man, one thing is clear, this Man is a patriot at heart, a thorough bred American, a man who believes only in his country, a man who is faithful to his flag, if this man was a soldier, he is the type that is ready to defeat the enemy or die trying even with bare hands, this is the type of citizen that every country needs, the type of President that every true citizen needs, a man who believes that he has no other home except his country and those who must come to his home must be ready to respect his norms and values or stay in their homes.
Here, Indigenous Christian Communities are massacred, properties are destroyed, Churches are fire bombed in several occasions from #Agatu, #Enugu, #SouthernKaduna etc and nothing happens, no one is apprehended or arraigned for the crimes against humanity, ever heard of anyone jailed for these crimes? Survivors tell you that the attackers were #FulaniHerdsmen but our security agencies will only come on air to tell you that the #Herdsmen who perpetuated these heinous crimes are #NotNigerians and that's all. If they are not Nigerians then what are they doing, killing people in the heart of Nigeria? these herdsmen whether they are Nigerians or not why have they so far evaded arrest, are they ghost? the only time you get to know that we have Security agencies in Nigeria outside the fight with #Bokoharam is when the #Shiites or the #Biafrans are protesting, then our cyber space will be flooded with pictures of gun shot wounds and the dead.
If once upon a time in this history of this country, peaceful #Ghanaians had to be officially sent packing "#ghana-must-go" then why can't these murderers be caught and deported since they according to the security agencies are non Nigerians. A man who will stop at nothing in protecting the life of his citizens will always be my man because there has to be life for any other right to be enjoyed. 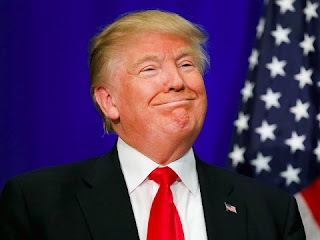