- May 30, 2017
Having a happy marriage is something you can only achieve if you and your Spouse decides to work towards it. Marriage once contracted can become a work in progress towards a happy ending but first some things must have to come first.

You could have made a mistake, You could have the wrong choice now as Spouse but you are married already, you can still make the best out of it if both of you are willing.
1. Man as the Head, Woman as the Neck
Whether anyone likes it or not, there can not be two Captains in  the same Boat, someone must give the order and the other must obey. The one who gives the order must have to take into cognizance the feelings of the other, best still he can do so democratically by allowing the other to put across her own views must times, to give her opinions due consideration before taking the final decision. It is the duty of the Captain to lead by example and to sacrifice sometimes his time, his views, his energy etc for the benefit of the other. Often times a wife's or woman's opinion brings the necessary balance to the decision you are about to take.Women reasons in a way that is different from that of a man and so when decisions are taking without their input it becomes one sided  just like breathing with one of your nostrils blocked, so always listen to their side of the story in other to take a perfect decision, you may not buy their idea but you can pick up a valuable point from their. 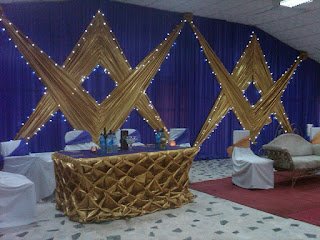