"Inyanga de sleep, trouble go wake am" according to those who claimed to have witnessed what happened, a team of Police Officers from the Okigwe Police Station has gone out in pursuit of a group of #Marijuana smokers, somewhere near the tipper park.


On siting the Police Officers, the Smokers took to their heels, the Officers however, according to an eye witness started interrogating a young man they found there who equally refused to run like others. 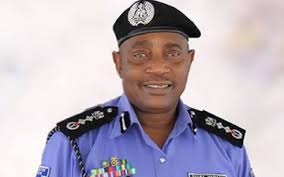 They searched the young man and found an unwrapped marijuana on him even though he wasn't smoking any as at the time they came for the arrest. An attempt to have the young man arrested proved abortive because he claimed he wasn't doing any smoking and as such hasn't committed any crime, worthy of an arrest.


This infuriated the Police Officers and in their attempt to have the young man arrested by force , one of  them, who is said to be named Nick, pulled out his #gun and shot him 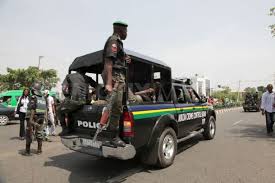 this equally invoked the anger of those around, who later took the young man who was bleeding to the Police Station and dumped him there for the Police. The young man was taken to a hospital along Okpara road where the Police provided blood donors who gave their blood to him but every effort by the Police command and the medical personnel at the hospital to resuscitate the young man failed as he gave up the ghost.   The young man later turned out to be the son of the traditional ruler of #Ogii, Okigwe by name Eze Alisi. Whereas this account was given by an Okada rider (commercial cyclist) who claimed to have followed the event because the dead young man was the son of their traditional ruler, what this blog can however confirm was that a young man from Ogii was shot by a police officer in Okigwe and that the young is now dead.