Reports filtering in from Turkey indicates that a Military Coup is underway in Turkey. The Turkish President is said to have fled the Capital City. He appeared on TV via Skype calling on Citizens to protest the Coup on the streets of Turkey.


Events are still unfolding and every one is watching the development, more details to come later. 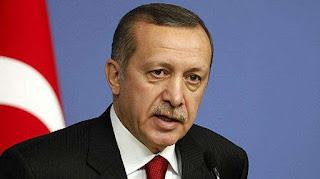