An average Igboman doesn't care who becomes a President, his basic interest is equal rights and justice, he wants a competitive market, a merit based system where the best is celebrated not a system of mediocrity based on quota ideology and the concept of educationally less developed states.
A system that celebrates mediocrity will continue to move in circles, round and round without progress. They need a system that allows each people to develop at its own pace, managing its own resources with laws unique to its own environment, tradition and culture.
With this kind of a society, most people would rather be the governors of their people than be the President of a Nigeria.

Alex Ekwueme was one of the founders of PDP, they went round the country, spent sleepless nights to put the PDP together. The Presidential ticket of the PDP was all but his until ex-president Ibrahim Babangida 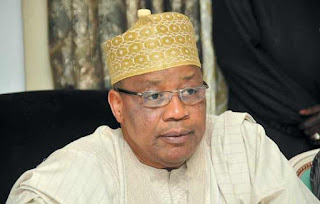 , Alhaji Atiku Abubakar and their Northern Brothers Caucus stole his mandate and gave it to Olusegun Obasanjo, who just came out from prison broke. In an interview to the BBC then, IBB told the world that they needed a president who they can trust, someone who fought for the unity of this country. How many Igbo people will meet the criteria of having fought for the unity of Nigeria?