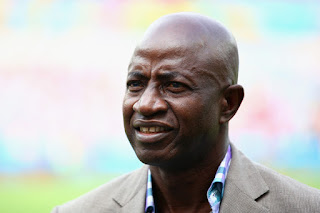 Segun Odegbami declared his interest in FIFA's Presidency some few months ago, many months after Orji Uzor Kalu had already declared his interest for the Presidency of FIFA. When Kalu declared, some people said he is not a footballer, he is Politician, how can he manage football if he has not played football and ask them how many footballers has headed the #Nigerian Football federation NFF, That you are a retired footballer is not enough to qualify you for Fifa    Presidency, Orji Uzo Kalu is hard core football fan, his entire life is football, this is the man that had traveled the length and breadth of Africa in support of  the now Enyimba football club of Aba. And when he eventually became the #Governor of #Abia State, his darling Enyimba FC became the first Nigerian Club to win the African Champions League back to back.    Where can you really compare Orji Uzor Kalu and Segun Odegbami, is it in adminsitration, is it in knowledge of football, is it in terms of clout, is it
Post a Comment
Read more
More posts