ENUGU—Four months after herdsmen invaded Nimbo village in Enugu State, killing and maiming the villagers, another village in the same state was, yesterday, attacked  by, at least, 50 herdsmen leaving death and tears in their wake.  The invaded village was Ndiagu,Attakwu, Akegbe-Ugwu in Nkanu-West Local Government Area of the state. Some of the victims include 26-year-old Seminarian, Lazarus Nwafor, on a year apostolic work, who was slaughtered and a six month pregnant woman whose stomach was ripped open. Vanguard’s visit to Ndiagu community at about 11.46am, yesterday, showed that the agrarian community, which is 10 minutes drive from Enugu metropolis, had been decimated, following the attack. Economic activities have also ground to a halt, while a graveyard silence pervade the community. Women and children wailed profusely, even as elderly men and youths lamented uncontrollably over the brazen manner herdsmen have raped, robbed, maimed and taken over their farmlands. How the bubble
Post a Comment
Read more 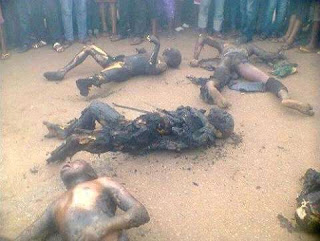 8 Polytechnic students in the Nigerian northern state of Zamfara has been burnt alive by irate muslim mobs on allegations of blasphemy. Earlier on in a town called Talata Mafara in Zamfara State, a mob was said to have beating a young man to pulp on allegation of blasphemy. Another young man named Taju reportedly rushed the victim to a hospital in other to save the young man's life. This act was said to have infuriate the mob, who regrouped and went to Taju's house where they set the buildings in the premises ablaze, destroying lifes and properties. The Authorities has however condemned the attack in strong words but words alone don't seem to be doing the job of curtailing these attacks directed against Christians in Northern Nigeria. Sometimes we wonder if Human Right Organisations like AMNESTY and the United Nations are actually taking note because no one seems to care, after the media noise about the killings, everything gets swept under the carpet waiting for ano
Post a Comment
Read more 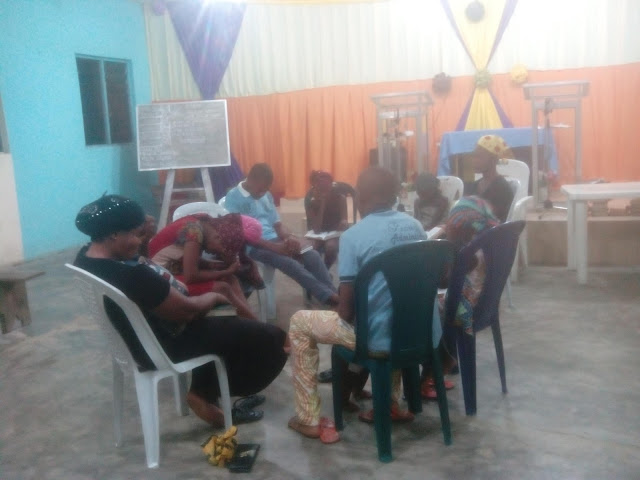 As you seek your dream, you'll have hard times, and you'll have great times. The unexpected will arise and stymie your steps, but you'll overcome each obstacle with courage and dedication. And you'll learn with every mile you cross and face the journey ahead with greater confidence. Even when you feel lost in the clouds, you'll find that your dreams are still there, and they'll give you the strength and direction you need. And you'll know that you were never really lost and never will be. Happy Sunday dear
Post a Comment
Read more
More posts