Showing posts from 2018
Show All

Stroke has a new indicator #copied

- May 05, 2018
🍃 *Stroke has a new indicator.* *Blood Clots/Stroke - They Now Have a Fourth Indicator - the Tongue* 🍃 *Senario :- During a BBQ, a woman stumbled and took a little fall - she assured everyone that she was fine. They offered to call paramedics ... she said she had just tripped over a brick because of her new shoes.* *They got her cleaned up and got her a new plate of food. While she appeared a bit shaken up, Jane went about enjoying herself the rest of the evening.* 🍃 *Jane's husband called later to say that his wife had been taken to the hospital - (at 6:00 PM Jane passed away)* *She had suffered a stroke at the BBQ.* *Had they known how to identify the signs of a stroke, perhaps Jane would be with us today.* 🍃 *A neurologist says that if he can get to a stroke victim within 3 hours he can reverse the effects of a stroke .... TOTALLY.* *He said the trick was getting a stroke recognized, diagnosed, and then getting the patient medically cared for within 3 hours, which is
1 comment
Read more 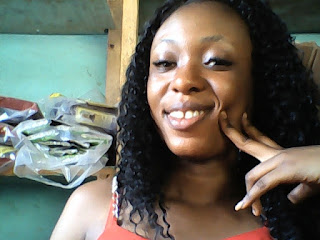 My question is very simple, what is more important to the Nigerian #Police now, is it the location and arrest of the rampaging killer Fulani Herdsmen armed with AK47's, that are spreading death and destruction across Christian farming communities or the disarmament of the local community Vigilantes that are staying guard to protect their farms, women, children an the elderly from these brutal savages called herdsmen.  The hunting rifles and long barrel guns used by these Vigilantes can not in anyway compare to the modern AK47 used by the Fulani Herdsmen. Why then the sudden rush to have them disarmed when the Police are yet to put a stop to these incessant massacre of innocent farmers across States of the Federation. The Police should concentrating on arresting and prosecuting these killers first, when Peace is finally assured then they can start their disarmament programe from the Civilian JTF to the Vigilantes and then to individual gun owners.  Doing that now will o
1 comment
Read more
More posts