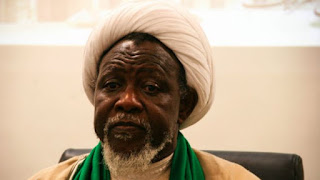 News filtering in from Nigeria's northern state of Kaduna has it that the Governor of the State Governor Nasir Elrufai has banned the activities of Shi'ite muslims in Ka duna state, according to a statement signed by his spokesperson Samuel Aruwan. The Kaduna State Government on Friday issued an Order declaring the Islamic Movement in Nigeria (IMN) an unlawful society. "This action is taken in the exercise of the government’s duty to preserve peace and security in the state, and to ensure that all persons and organisations are guided by lawful conduct and with due allegiance to the Nigerian state and its Constitution," the statement said. "The Judicial Commission of Inquiry into the Zaria Clashes of 12-14 December 2015 found that the IMN is not a registered organisation, that it has a paramilitary wing and that its members do not recognise or respect the laws of the country and the duly constituted authorities that have the responsibility to secure and
Post a Comment
Read more
More posts